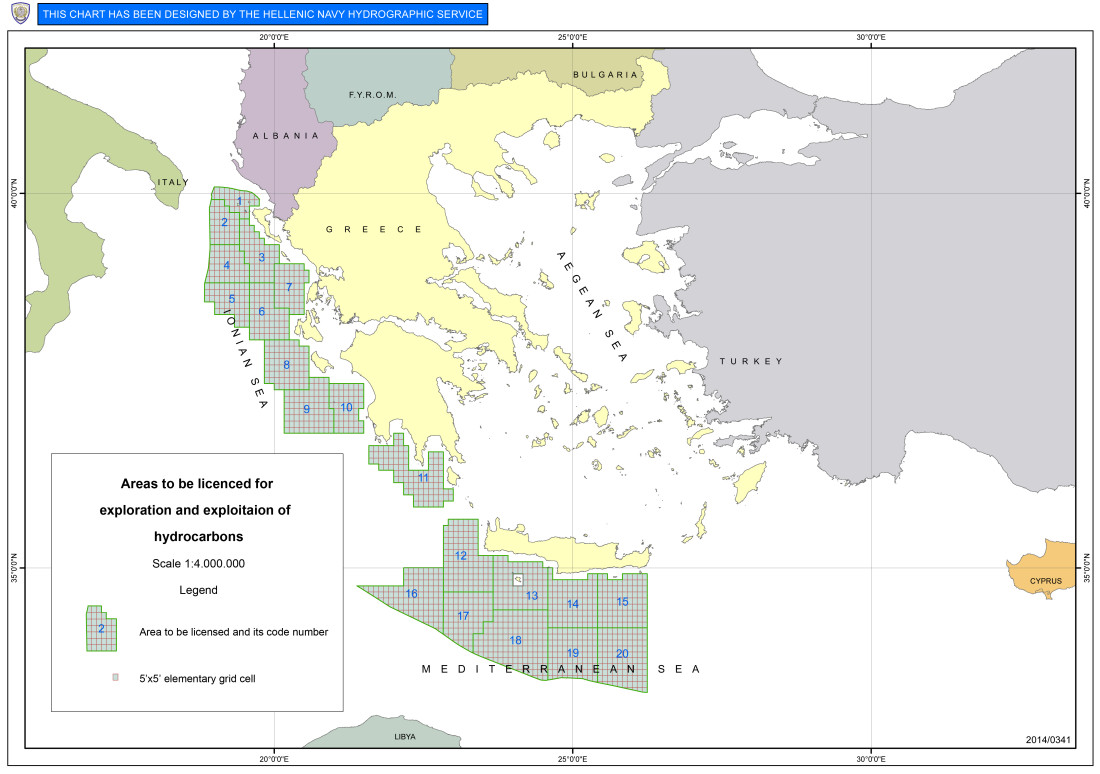 Greece has initiated its tender process for offshore oil and gas (hydrocarbons) exploration as of August 26, 2014. The Greek Ministry of Environment, Energy and Climate Change is seeking bid applications for its offshore oil and gas exploration in 20 block areas in the Ionian Sea and south of Crete. The Greek government is hoping this will aid the Greek economy by encouraging an influx of investment capital.

Greece is utilizing a licensed-based system where applicants will have to acquire certain licenses in order to qualify as operators. Successful bidders will be awarded exploration and development rights for a primary term of eight years which will be subject to extensions. The Greek government has made several concessions with the objective of making the process more attractive to investors and international oil and gas companies. Paramount among these is a substantial decrease in its corporate tax rate from 40% to 25%. The 25% consists of a 20% income tax and a 5% regional tax.

The submission deadline ends six months after the date of initial publication (August 26, 2014), which will be February 27, 2015.

Guest blogger Joanne Mantis is a multilingual attorney in the New Orleans office of King, Krebs & Jurgens. She is a member of both the Louisiana and Greek Bar, and represents a variety of clients both domestically and internationally.