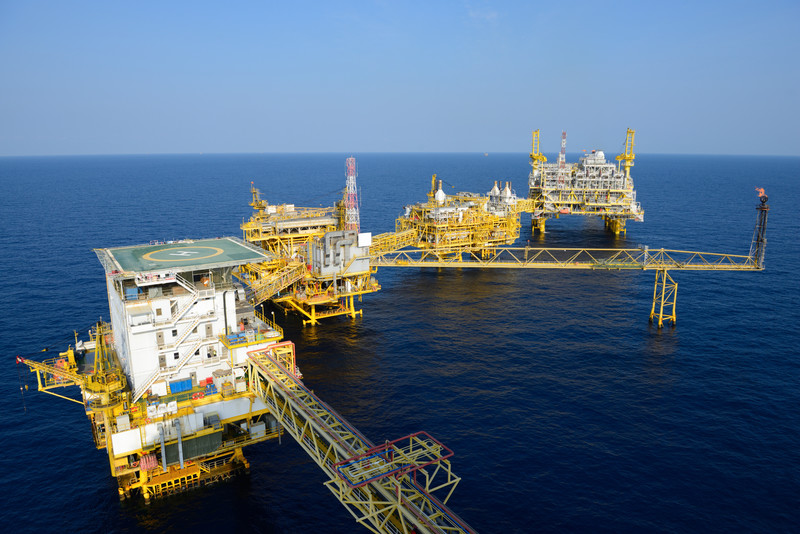 On September 27, 2017, the Fifth Circuit in U.S.A. v. Don Moss, Curtis Dantin, Grand Isle Shipyard, Incorporated, and Christopher Srubar, No. 16-30516 (5th Cir. September 27, 2017), issued a decision affirming the District Court’s dismissal of criminal charges against a number of oil field contractors resulting from a welding accident that occurred on an offshore oil platform located on the Outer Continental Shelf on November 16, 2012. The platform owner and leaseholder, Black Elk Energy Offshore Operations, LLC, in September of 2012, interrupted its oil and gas production on West Delta 32 to begin construction projects on its three-platform production facility. In pursuing these construction projects, it contracted with a number of different companies to provide workers connected with the project. On November 16, 2012, during welding operations, a fatal explosion occurred killing three men and injuring others.

Criminal indictments were issued three years later pursuant to Outer Continental Shelf Lands Act 43 USC §§ 1331, et. seq. (OCSLA) with the government contending that contractors were criminally liable because they failed to obtain proper authorization to weld, failed to conduct appropriate pre-work inspections and failed to ensure the construction area was safe for hot work as required by OCSLA safety regulations. The contractors moved for dismissal of the charges against them. The District Court Judge issued an Order dismissing the charges against the contractors based upon his analysis of each of the regulatory provisions cited in the indictments. He concluded that none of the OCSLA regulations applied to oilfield contractors. Central to this analysis, the Court pointed out that each of the three specific provisions of the OCSLA regulations underlying the charged criminal violations imposed regulations addressed to “You.” Under OCSLA regulations, “You” is a defined term:

You means a lessee, the owner or holder of operating rights, a designated operator or agent of the lessee(s), a pipeline right-of-way holder, or a State lessee granted a right-of-use and easement. 30 CFR § 250.105.

The District Court held this definition did not include contractors, subcontractors or service providers. The government timely appealed.

On appeal, the government relied on four main arguments. First, the government contended that a plain reading of OCSLA subjects any person, including contractors and their employees to criminal penalties for violating the regulations promulgated under the statute. 43 U.S.C. § 1350(c). Second, OCSLA regulations governed the appellees’ conduct because they were the “person[s] actually performing the activit[ies],” and are thus “jointly and severally responsible” under the 30 CFR § 250.146(e). Third, the Courts had upheld both civil and criminal penalties imposed under similar statutory and regulatory schemes. Fourth, OCSLA regulations supported civil and criminal penalties for any person “responsible for a violation” of the regulations. 30 CFR § 250.1402.

Under 43 U.S.C. § 1350(c), the government argued that the contractors were criminally liable as that provision stated that any person who knowingly or willfully violated a regulation that was designed to protect health, safety or the environment may be subject to criminal penalties under OCSLA. The government argued that under OCSLA’s definition of a “person” the contractors clearly fell within its ambit. In response, the contractors asserted that OCSLA precluded the government from criminally prosecuting them as they were not holders of OCSLA leases or permits. In citing 43 USC § 1348(b), the contractors argued that OCSLA identified those people who were required to comply with OCSLA regulations by stating “it shall be the duty of any holder of a lease or permit under this subchapter” to comply with regulations governing workplace safety and health for their own employees and those of any “contractor or subcontractor.” They argued that because Section 1348(b) specifically imposed the duty on lessees and permittees, and equally specifically referenced, but did not impose its regulatory duties on contractors and subcontractors, they were textually excluded from those duties. Ergo, if they were not parties given a duty to comply, criminal penalties should not be imposed.

The panel of the Fifth Circuit thought that the contractors’ arguments were well-stated, even more so given the government’s failure ever before to seek criminal penalties against a contractor in the 60 plus year history of the OCSLA. It was noted that the government’s past inactions spoke volumes about the scope of its regulatory authority. The court, however, stated that to resolve the appeal it did not need to decide whether OCSLA and its criminal liability provision could extend to contractors. Assuming arguendo that the provisions of OCSLA could apply to these contractors, it proceeded to determine whether the specific regulations would support the criminal indictments.

In addressing the specific regulations alleged to have been violated by the contractors, the Court indicated that the government ran up against the regulatory definition of “You.” It found that all of the welding regulations that formed the basis of the criminal indictment only referenced “You.” The government sought to circumvent the plain language of the definition of “You” by citing language in 30 CFR § 250.146(e) pertaining to joint and several responsibility for compliance with OCSLA regulations. The Fifth Circuit, however, indicated that “joint and several responsibility” was a term of art reserved for civil, rather than criminal liability, and noted that the government failed to cite any cases that demonstrated support for joint and several criminal liability.

In addressing the government’s more generalized argument that regulations may result in criminal liability for anyone who fails to comply with them, the Court indicated that the argument ignored the rule that a general provision of a comprehensive regulatory scheme must yield to more specific, conflicting provisions. It stated that “the appellees were indicted under three provisions of 30 CRF § 250.113, all of which are directed at “You,” not at just any person, and Section 250.146(c), which was previously addressed, does not impose criminal liability beyond the definition of “You.”  It stated that because the applicable regulatory definitions unambiguously excluded contractors, more general liability provisions did not control.

Finally, the Court addressed the government’s position with regard to its prior non-enforcement of regulations against contractors where the government indicated that subcontractors always had fair notice of their potential exposure to civil penalties and criminal liability as an interpretation of its regulatory directives. The Court chose not to apply the Auer v. Robins deference standard as it appeared that the government’s interpretation conflicted with its earlier and consistently held view. It felt that there had not been fair notice to contractors of this potential liability and because this involved a criminal liability, as opposed to civil exposure, the enforcement of the governmental agency’s interpretation of its regulations in this instance, would be a violation of the contractors’ due process rights.

Whether this last part of the Fifth Circuit’s decision leaves open the possibility of subsequent acceptance of the governmental agencies’ interpretation of these existing regulations as applying to contractors, in light of its previous statements, appears to be speculative.

Doug Matthews has practiced law in New Orleans for 35 years and concentrates on maritime trial practice as defense counsel.
« Back to Main Listing